Nokia announced its comeback with the Nokia 4g Mobiles in the global smartphone market in 2017 with the launch of  Nokia 6 in China. Nokia will make its entry in the Indian market as well. If you are planning to get a new smartphone, Nokia 6 is best for you. 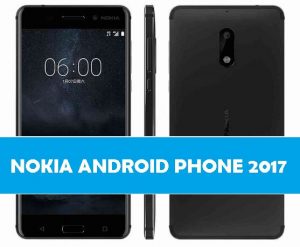 The Nokia N6 smartphone features a unibody metal body along with fingerprint scanner. It runs on Android 7.0 Nougat operating system and comes with a 5.5-inch Full HD 2.5D Gorilla Glass display. The device is powered by a Qualcomm Snapdragon 430 processor with 4GB of RAM and 64GB of internal memory.

It is a dual-SIM smartphone powered by a 3,000mAh battery, which is non-removable. On the camera front, there is a 16MP f/2.0 camera with PDAF along with dual-LED Flash. On the front, there is an 8MP f/2.0 selfie camera. Nokia has paid attention to the audio as well and has provided Dolby Atmos-powered dual amplifier speakers.